In 2007, Cook County passed the Managed Care of Feral Cats Ordinance which allows feral cats to live outdoors. Tree House’s Cats At Work program seeks to provide the same quality of life for those cats as their indoor counterparts while allowing them to maintain their natural lifestyle outdoors. Cats were domesticated thousands of years ago, but still claim a wild heritage as descendants of big cats. Much like humans, a lot of their behavior is linked to a number of factors, such as environment and the degree of socialization they’re exposed to. While most commonly, the cats we picture are cuddly creatures who bat at string and knead blankets like artisanal bread, there are still populations of feral cats all across the globe.

What is a feral cat?

Feral cats are cats that aren’t used to being around humans. Much like their ancestors, they rely on their hunting instincts instead of humans with can openers for food. A more marked difference between feral cats and domesticated, socialized cats is feral cats won’t meow–a behavior cats learn as kittens and continue into adulthood as they realize humans respond to the sound–and they won’t approach humans; in fact, a feral cat will most likely run and hide should you try to approach them, whereas a stray house cat will come for a cautious sniff. Because feral cats spend their lives apart from humans, they aren’t suited for the life of an indoor cat. Without experiencing any form of socialization as kittens, feral cats grow to be wary, even fearful, and distrustful of humans. If placed inside a home, they’ll become stressed and spend most of their time hiding or desperately seeking escape.

How do we tell the difference between a feral cat and a stray? Checking for these telltale signs–whether they meow and allow us to approach–as well as physical indications are a good place to start. Ferals will appear well-groomed, with shiny, fluffy coats, and often have more calloused paw pads. (Think how a guitar player’s fingers might feel!) If they’ve gone through a TNR program, they should also be ear-tipped. They’ll avoid eye contact, typically won’t vocalize, and will hide. Strays, on the other hand, will meow and return eye contact with you. Their fur might appear more disheveled and dirty, and they will cautiously approach you. If a cat is brought to us, aside from these signs, we also check for a microchip–a great indication that a cat is a stray! We make every effort to either reunite these cats with their families or rehome them through our adoption program if no owners can be found.

What are Community Cats?

Thanks to the expertise of Tree House’s Community Cats team, over the course of the last decade, hundreds of feral cats have received quality veterinary care and enjoy food and shelter provided by their assigned caregivers, while still being able to live freely outdoors. In exchange, they help deter the city’s rodent population. There are different programs housed under the Community Cats umbrella, including our Cats At Work and TNR programs.

TNR stands for Trap-Neuter-Return. This process involves: trapping a feral cat, bringing them to Tree House, where they’ll be neutered or spayed, as well as vaccinated against common feline diseases and illnesses, and returning them to their original colony to lead long, healthy lives in their native environment. By neutering the feral cats, this helps reduce overpopulation, and vaccinating them ensures they’re able to thrive outdoors while avoiding disease.

These cats will also be ear-tipped–a universal symbol that indicates a feral cat has already gone through a TNR program. The procedure removes a small portion of the tip of the cat’s left ear; this serves no detriment to the cat’s hearing or physical well-being, is performed while the cat is already anesthetized for their neuter surgery, and is a visual signal to anyone who encounters the cat that they’ve been through this process. This way, the cat won’t be mistakenly trapped again, eliminating unnecessary stress for the cat. TNR programs also have long-term benefits to outdoor cat populations by preventing overpopulation. A study from a collaboration of experts in animal welfare, veterinary care, and wildlife conservationists across the country “suggests that when sterilization efforts reach 75% of the colony, overall numbers will decrease over time, while preventable cat deaths can be reduced more than 30-fold,” according to Allison Clark of the University of Florida News.

After the cats are returned to their original locations, they’re allowed to resume their lives uninterrupted. With that said, we work with numerous colony caretakers throughout the city who help provide food, water, and shelter for feral cats and their colonies. There are cat shelters–insulated, wooden or plastic structures that look like small huts–that the caretakers place in a convenient location for the cats so they may have a refuge from the rain, cold, heat, and other elements. They’re often lined with straw, which acts as insulation and keeps any occupants warm and dry. Tree House occasionally hosts feral shelter decorating events and has enjoyed the support of Girl Scout groups, school field trips, and adult volunteers in helping beautify these shelters.

Sometimes, however, feral cats aren’t able to be returned to their original colonies. We may rescue a feral cat from a dangerous habitat, or that habitat may have been destroyed by natural or human intervention. Instead of returning these cats to an unsafe habitat, Tree House founded the Cats At Work program in 2012. By partnering with local businesses and caretakers, we give these cats work placements, so to speak. They continue living undisturbed, outdoor lives at breweries, restaurants, and other community spaces while keeping the rodent population at bay through their naturally secreted pheromones. While cats do hunt rats and mice, those placed through Cats At Work ultimately deter rodents simply by being present. As cats walk around, oils are released from their fur, which marks their “territory” with a scent that signals a big red flag to rats and mice alike. And since the cats are vaccinated before being placed, they’re inoculated against diseases such as rabies that are commonly spread by rats. A rodent-free environment makes for a happier business, and the cats continue to thrive as they naturally would!

What about the birds?

Cats are predators. We know this. And while feral cats are closer to their wild ancestors than our house cats are, when they’re provided with basic necessities like food, they don’t turn to hunting for sport as often. An article published by Best Friends Animal Society similarly discusses how wildlife conservation of all species, including birds, is benefitted by TNR programs. By preventing the overpopulation of outdoor cats through TNR programs, and by connecting caretakers in our communities with feral cat colonies, we work to safely allow all species to live long, happy, healthy lives.

How can I help the cats?

You can support the cats directly by applying to become a colony caretaker if you have cats in your area or through a monetary donation on our website. The funds from donations are used to purchase supplies like food for the cats, both ferals and those in our shelter. You can also help by spaying and neutering your pets–by preventing overpopulation, there are fewer homeless cats, and happier ones overall. Our newly opened Veterinary Wellness Center offers spay and neuter procedures at accessible rates, as well as discounted TNR appointments for community partners. Head to our website to learn more and book an appointment. Tree House strives to ensure every cat thrives, whether they’re feral, stray, or simply waiting for their forever home. 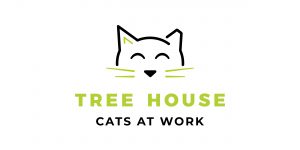 How Can You Help?

Donate to help take care of the Florida Kittens.